Special Skills:Boss creates a field, which nullifies all damage that is done outside the field. This boss can push heroes outside the field and deal huge chunks of damage with a charged attack in certain directions. 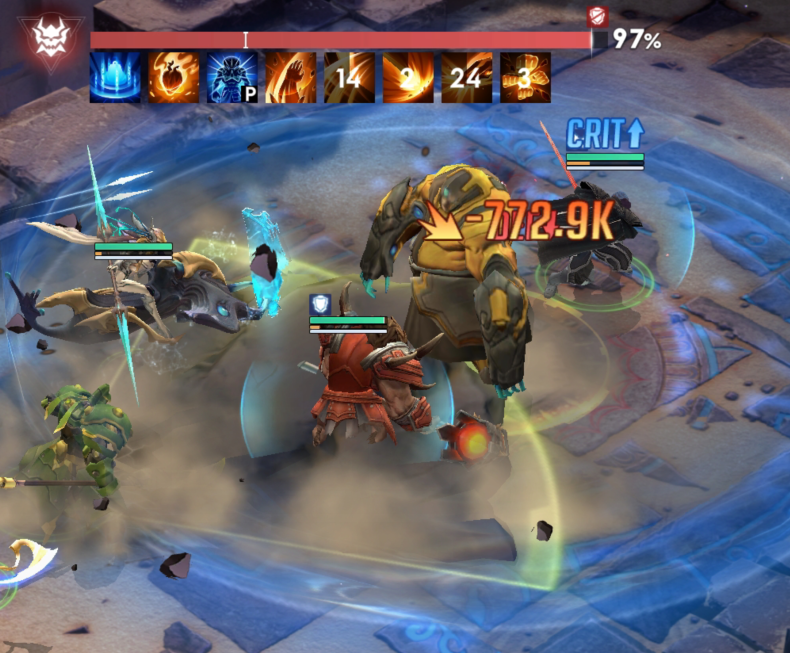 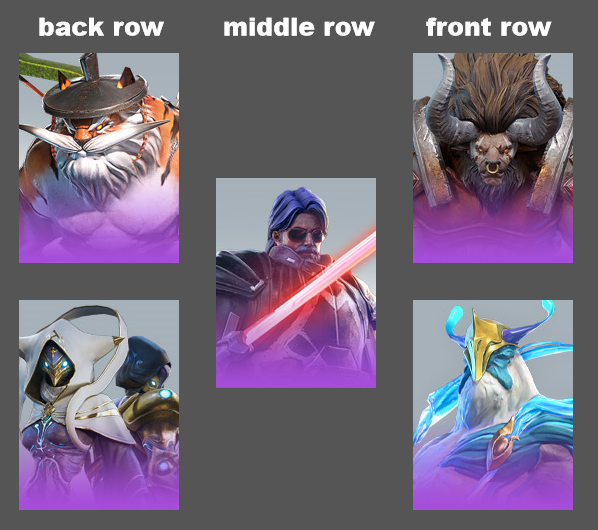 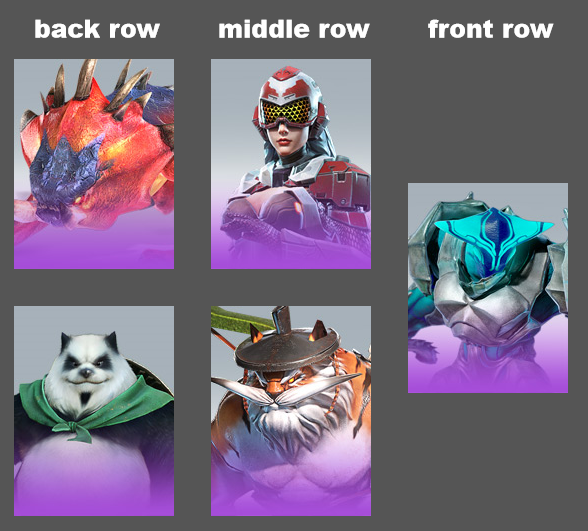 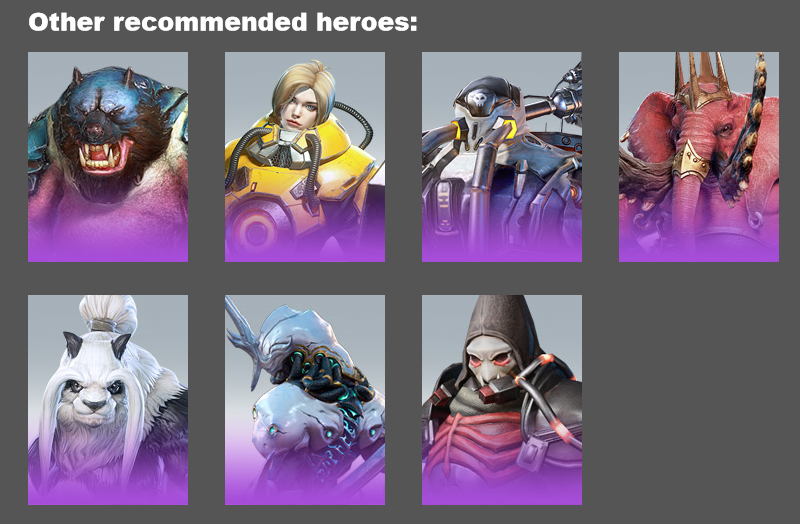 First Stage: No Damage Outside the Field, Powerful Attacks 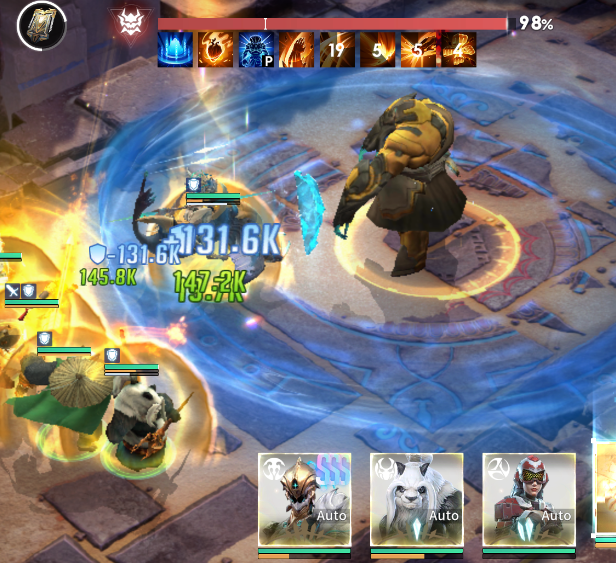 The blue circle is a field. Heroes need to be inside the field to do True Damage to the Boss. 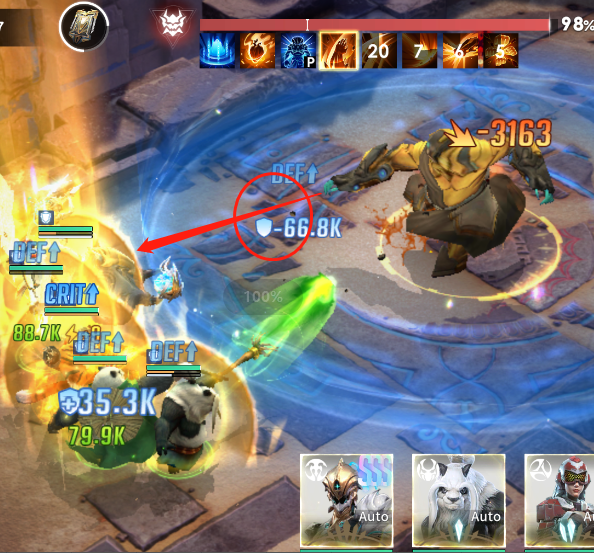 If melee heroes are pushed outside the field, they will automatically return to attack the Boss once more. Ranged heroes need to use special skills to jump back. 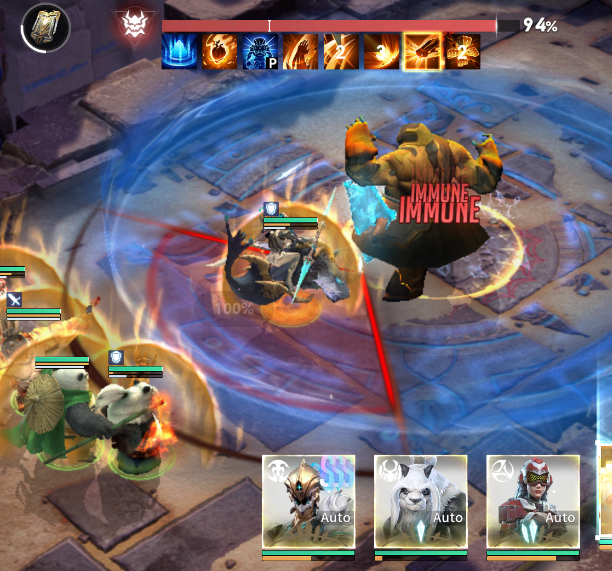 After some time, the Boss will start charging a powerful attack. Squishy heroes with low survivability or defense should dodge this attack at all cost. 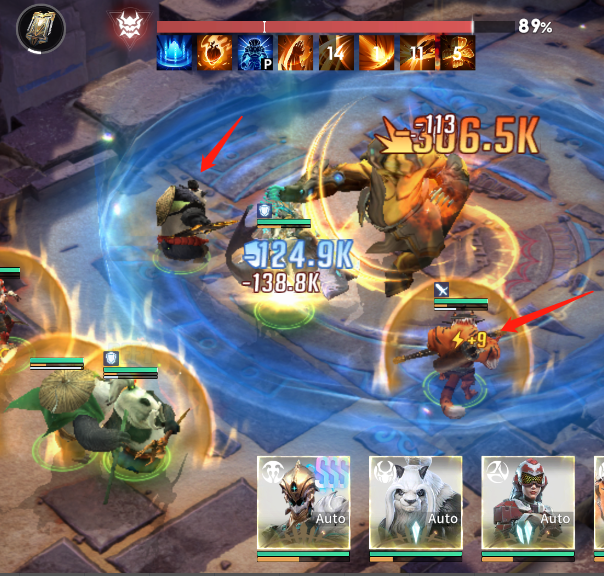 Taylor can jump into the field with displacement skills to start dealing damage, while (Senway) and Skooer&Hatty can throw summoned creatures into the field.

After you deal enough damage to the Boss (indicated by a white vertical line), the Boss will retreat and spawn a few small creatures on the battlefield. You need to kill them within specified time.

After killing all summoned monsters, the Boss will return and enter its previous behaviour. The only thing left is to finish him off